Why Should I Get a Flu Shot?

What takes less than 10 minutes, is virtually painless and could potentially save your life? The influenza vaccination. Commonly known as the flu shot, it can prevent you from becoming seriously ill or worse. 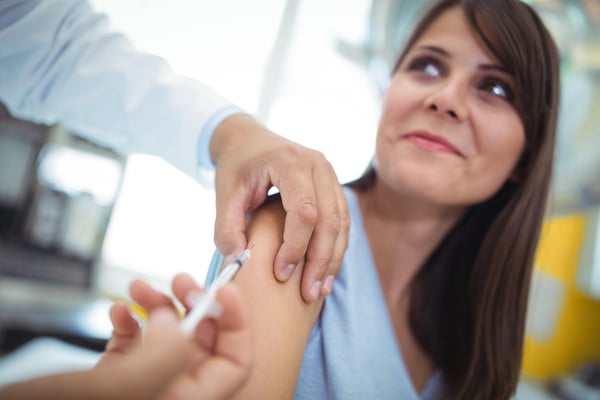 This yearly shot often gets a bad rap, but national health agencies, such as the Centers for Disease Control and Prevention, advocate its use for good reason. According to the CDC, during each flu season from 1996 until 2007, anywhere from 3,000 to 49,000 people died from the flu.

While most cases of the flu are not this serious, protecting yourself is important. Those with the flu can miss up to 10 days of work or school and be susceptible to secondary illnesses such as ear infections, dehydration and pneumonia.

Although serious flu complications are most common in children, adults over age 65, pregnant women and those with secondary medical conditions, everyone should get the vaccination to protect themselves and their friends and family members.

The flu shot is created each year to protect against that year’s three to four most common strains of the flu. After vaccination, antibodies begin to develop within two weeks, preparing your body to protect itself from those strains and reduce the symptoms of other strains as well.

While there are very rare cases of side effects at the injection site, the vaccination itself cannot give you the flu or make you more susceptible to it. If you get sick during flu season and after getting the flu shot, it is likely due to a non-influenza illness.

Suppliers begin distributing the flu vaccine in the early fall, and the CDC recommends getting vaccinated as soon as the vaccine becomes available in your community. Clinics, physician offices, drug stores and work places now make flu vaccinations readily available and cost-effective.

Getting a flu shot is easy and could pay dividends. So give it a shot.

Gini Hoffman, L.P.N., is the health education coordinator for the Lifestyle Health & Fitness Center and the organization’s HealthMobile.