The 5 Most Popular Colon Cancer Screenings

Colorectal cancer is one of the most common and deadliest forms of cancer in the United States, but it has one uncommon characteristic—its ability to be detected early.

Colonoscopy screening can reduce cancer risk and detect it early, when it is most treatable. It is one of the most effective tools available to prevent cancer deaths. In fact, if caught early, colon cancer has a survival rate of nearly 90 percent. And other, effective colon cancer screenings are also available. 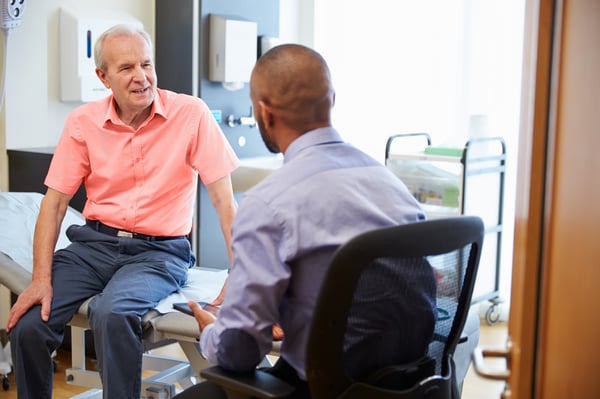 The Most Effective Option

Colonoscopy is by far the most effective and most popular screening. This is the only colon cancer screening test that can detect and remove precancerous polyps at the same time, potentially eliminating abnormal cells before they become cancerous. During a colonoscopy, your gastroenterologist can see inside the colon and large intestine by using a flexible camera called a colonoscope. It may sound a bit scary, but in the last several years the preparation has gotten easier and most patients report that the test is quick and relatively painless.

Other screenings, which can be minimally-invasive, are options for patients who may be nervous about getting a colonoscopy or for those who have other risk factors. It is important to note that the following screenings can require invasive follow-up with a positive result. You can request more information about colonoscopies here.

There are two versions of this non-invasive assessment, which essentially tests for blood in the stool. Patients take home a kit to provide the sample to the testing lab or physician.

Cologuard is an at-home test which examines whether there is cancerous DNA in the stool. A similar stool-based DNA test can also be ordered via your physician.

This is a type of X-ray that provides physicians with 3- and 4-D pictures of your colon and surrounding areas. These in-depth photos allow polyps and other abnormalities to be detected.

During a sigmoidoscopy your physician can look at the rectum and part of the colon to spot any abnormality. This type of test does not allow the provider to view the full colon, so it is less widely used than colonoscopy.

It is important to note that despite the availability of effective screening, death rate for colorectal cancer in adults ages 20 to 54 increased by one percent each year from 2004 to 2014. Before that time period, from the mid-1970s through the 1990s, as colonoscopy screening adoption increased rapidly, the death rate had been decreasing by almost two percent yearly. The colon cancer death rates for those over age 54 have declined, due to increased screenings in that population.

As a physician, I consider the colonoscopy to be the gold standard test. I recommend this to my family and friends. However, any screening is better than no screening at all. And that’s the truth. Talk to your physician about the screening test that is best for you. Make this brief time commitment to your health for a long-term benefit.

Chesapeake Regional has joined the American Cancer Society’s 80% by 2018 initiative. It’s a campaign with an ambitious, but achievable goal—to eradicate colon and rectal cancer through regular screening. Anyone over age 45 should be screened for colorectal cancer every 10 years. Possibly sooner if you have a family or personal history of colon or rectal cancer. The aim of this national campaign, which is supported by dozens of national and local organizations, is to get 80 percent of Americans in this age group into a screening routine over the next four years.

*This article was updated February 2019 to represent the American Cancer Society's revised colon screening guidelines that lower the recommended screening age from 50 to 45.